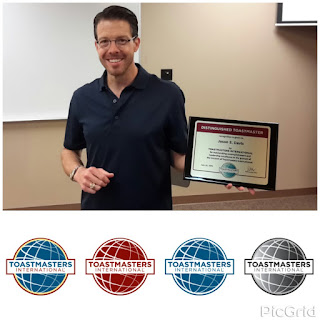 Jason Davis is the first Toastmaster in Lubbock, Texas, to receive his Distinguished Toastmaster award during the 2015-16 Toastmasters year that began on July 1, 2015.

Almost a 10-year veteran of Toastmasters, Jason has participated in all aspects of Toastmasters including being a district officer several times and doing many marketing projects for the local clubs.

Jason is a member of both the Downtown Toastmasters Club and the Lubbock Professional Club.